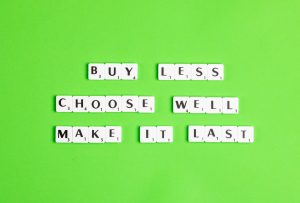 Scotland’s business energy To most people, however, Scotland’s current energy industry is focused offshore. In truth, its origins date from 1959 in the ‘Southern North Sea’ around Groningen in the Netherlands, and then the gas fields of East Anglia in England from the mid-1960s.

The major transformation occurred with the Norwegian discovery of oil in the Ekofisk field in 1969, followed not long after by the Forties field and Brent in the UK sector (see also Oil, Oil, Who Wants Some Oil? Part 1: Reflections on oil infrastructures at a time of negative oil price). By the mid-1970s, ‘Yarmouth Yanks’ from East Anglia and real Americans, amongst others, were flooding into Aberdeen. Scotland’s oil boom was beginning, intensified by the oil crisis and price controls brought about by conflict in the Middle East and by OPEC.

Today in the UK, most attention continues to focus on the political and economic impact of ‘North Sea Oil’, neglecting the cultural consequences and the astonishing technological achievements of the industry. Part of the problem is that the physical presence of the industry onshore is transient and often unattractive – there is not an easily recognizable or likable visual signature, like the headframe of a colliery, for example. Although impressive, the gigantic construction yards in places like Nigg and Ardesier were not visually pleasing, and nor are the gaggles of portal-framed steel sheds housing supplies and workshops for offshore operations in suburban industrial estates and around re-purposed fishing harbors. Some people argue that even the support ships, many of which seem to be built back-to-front, don’t look right

Scotland’s business energy Another obstacle to a clear understanding of the contribution of the energy industries to our history and national identity is the frequently adopted simplistic assumption that it is entirely to blame for the current climate-change crisis. There is no doubt that energy consumption lies at the heart of the crisis, but understanding how we got here, and the complex industrial evolution that has driven us, is crucial. The added political argument that the North Sea’s petroleum resources are ‘Scotland’s Oil’,  combined with the widespread belief that it saved the UK economy in the 1980s and has been frittered away by successive Westminster governments, is in stark contrast to the experience in Norway. As a consequence, a dispassionate assessment of its historical importance is often difficult.

Yet, the stories of our offshore oil and gas industry are compelling and quite extraordinary. One of the most visually striking episodes relates to the construction yard of Robert McAlpine at Ardyne Point, situated on the west coast in an Argyll Fjord. Here, McAlpine, whose company built the iconic Glenfinnan (Hogwart Express) Viaduct 75 years earlier and the Blackwater Dam at Kinlochleven not long after, constructed gigantic concrete production platforms (referred to as ‘Condeeps’ by the Norwegians, who developed the concept in the early 1970s) before they were towed around the north coast of Scotland to be positioned in fields such as Brent and Frigg. The scale of these structures, and the fact that they floated and could be towed, defied belief.

Scotland’s business energy The offshore oil and gas technology continues to be awe-inspiring, augmented further by enormous decommissioning challenges. An incredible example of this is the development of gigantic vessels, such as ‘Pioneering Spirit’, which is designed to remove topside structures of production platforms weighing up to 48,000 tons in one piece. The vessel was recently used to remove topsides from two platforms in the Brent field.

For me, the biggest mystery is why the UK offshore oil and gas industry has received so little public recognition for its achievements. This compares very poorly with the outstanding work done in Norway, where the excellent Norsk Oljemuseum in Stavanger reflects pervasive respect for its oil and energy heritage that prevails s at the highest levels of government and even features in TV drama series (BBC Four – State of Happiness, Lykkeland – NRK TV). This has been further supported by exemplary documentation projects supported by a coalition of Norwegian state institutions (especially the national archives service) and the petroleum industry itself. These include outstanding web resources developed for the Ekofisk, Frigg, Statfjord, Valhall, and Draugen fields.

Get a personal consultation.

Back to top
We use cookies on our website to give you the most relevant experience by remembering your preferences and repeat visits. By clicking “Accept All”, you consent to the use of ALL the cookies. However, you may visit "Cookie Settings" to provide a controlled consent.
Cookie SettingsAccept All
Manage consent

This website uses cookies to improve your experience while you navigate through the website. Out of these, the cookies that are categorized as necessary are stored on your browser as they are essential for the working of basic functionalities of the website. We also use third-party cookies that help us analyze and understand how you use this website. These cookies will be stored in your browser only with your consent. You also have the option to opt-out of these cookies. But opting out of some of these cookies may affect your browsing experience.
Necessary Always Enabled
Necessary cookies are absolutely essential for the website to function properly. These cookies ensure basic functionalities and security features of the website, anonymously.
Functional
Functional cookies help to perform certain functionalities like sharing the content of the website on social media platforms, collect feedbacks, and other third-party features.
Performance
Performance cookies are used to understand and analyze the key performance indexes of the website which helps in delivering a better user experience for the visitors.
Analytics
Analytical cookies are used to understand how visitors interact with the website. These cookies help provide information on metrics the number of visitors, bounce rate, traffic source, etc.
Advertisement
Advertisement cookies are used to provide visitors with relevant ads and marketing campaigns. These cookies track visitors across websites and collect information to provide customized ads.
Others
Other uncategorized cookies are those that are being analyzed and have not been classified into a category as yet.
SAVE & ACCEPT